The article is entitled “The First Great Dane Standard and how it grew” and is authored by Jill Evans, the Canadian breed authority & historian who also gave us “The Time Traveler”. Many thanks to the author for kindly offering this very valuable resource to the blog, as the Great Dane Reporter magazine is no longer in print and that was probably the first ever translation of the original German standard in the English language to be published.

“Recently all members  of the Great Dane Club of America received a survey form about classifying a list of faults as minor, serious and very serious, which may prove to be the tinder to spark some discussion of the Standard. So, to help in knowing “where we’re coming from”, it might be interesting to go back to the source and see what was important to the earlier movers and shakers of our breed, and why. Below is a rather literal translation of the first “Breed Description” published.  It appeared in Volume I of the Deutsche Doggen-Stammbuch issued in 1897, but this original version underwent a few small but very significant changes of wording over the next few years, which we are also shown below separately. The first changes were published in Vo. II (1901) and the second batch in the double-volume IV/V (1913). This last version lasted until 1931 and was the basis of the early American standard. Then in 1931 in Germany there was a major revision of the Standard, particularly with regards to colour descriptions, which as you will see had been going through considerable evolution in the early days.

BREED DESCRIPTION OF THE GREAT DANE (1897)

Point Score of the Great Dane, set in 1891 at a meeting of the Deutschen Doggen-Club:

the book is beautifully illustrated by the author. Some of the illustrations appear below:

a great skull drawing included in the standard page

The only changes at this time were in the Feet section where it says “nails short, very strong”, in the Colour section, where in B) Single Coloured Danes, the first sentence was changed to read: “Yellow or grey (“blue”) …” and in the Size section the words “and over” were added to the sizes given for both dogs and bitches.

In this volume there were no actual changes to the Standard, but the Stud-Book Chairman, Fritz Kirschbaum, wrote a short article about the Point Score. He said he had been asked in 1904 to write publicly in the sport papers and invite interested parties and fanciers to a conference on “possible re-evaluation of the individual points of the body of our National Dog”. To quote him (in translation) “This appeal caused one to hear it said by Dane people that the 1891 table was obsolete, and people today place keener demands on the correctness of individual parts of the body of our Great Dane”.

“The interest of the fancy in this cynological work, which requires good judgment, was not particularly great. Although individuals were directed to evaluate parts of the body by means of a diagram, only 10 interested parties submitted their work to the editor; to be sure, they represented among the best experts…so that the points don’t get lost, we reproduce them here accurately”.
POINT SCORE (1904)

Herr Kirschbaum went on to say “The first cynological work of 1891 set up 10 criteria, during 1904 20 were set for evaluation. In no case should these tables be the sole authority because evaluation is a matter fpr the Dane experts, for the judges. But even these men [cc: No women!] should be provided with a guide, in case they seek a way out when they have two almost equivalent specimens competing for a prize. The judge with this table in hand can draw on the points and the result may soon be deduced for the benefit of one specimen over the other”.

Here we get more extensive revisions, and our imagination can provide ideas as to the the lively discussions that went on in those years to produce them. To save space and provide those of you who care with some mental exercise, I shall only set out the CHANGES below, in italics, with references back to the Vol. I version above as to where they were inserted, OK ?

Eyes and nails with brindles and single-coloured Danes are as dark as possible. With blue (grey) Danes lighter eyes are permitted but by no means glass-eyes.

The nose must always be black with all brindle and single-coloured Danes. (with the exception of white). For single-coloured white Danes find the regulations applied to nose, eyes and nails under C) spotted Danes.

There was no change reported in the point score, and actually 1904 was the last mention made of it.

As mentioned before, the next revision of the DDC “Breed Description” was not published until 1931 in Vol. XVI, and a sweeping one it was indeed. It took a form much closer to the present-day German Standard, and became the basis of the 1944 American revision. Colour revisions took the present form. I won’t go into all the 1931 and subsequent revisions in detail here, except with respect to the matter of blacks with white markings. (The other colour wordings are virtually identical with today’s). It has frequently been ointed out that in Germany nowadays (and in all FCI countries) so-called “Bostons” are shown and often win titles. Let’s look at the history of this, starting with the 1931 descriptions of blacks and harls.

“Black Danes. Colour as far as possible shiny lacquer-black, Eyes dark. Faults: Yellow-, brown-, or blue-black; light eyes; lightly coloured nails. Danes with too many white markings should be lower in the list of awards. Under white markings it should be noted that a white stripe on the throat, and white spots on the chest and feet are allowed, but Danes with a white blaze, white ring on the neck, white “shocks” or white belly, are debarred from winning.

Spotted Danes (Harlequins). The ground colour should always be pure white, without any ticking, with well-torn, irregular, lacquer-black patches well distributed over the whole body (a few small grey or brownish patches are permitted but not desired). Eyes should be dark, lighter eyes or eyes of different colours are permitted but not desired. Nose should be black, but a nose with black spots or a flesh-coloured nose, are allowed.

The following Danes should be excluded from winning:

That was 1931, and it’s not hard to recognize where some of our present-day disqualifications came from. But in 1954 there had been some drastic changes made in Germany. In the description of faults in blacks, after “lightly coloured nails” the rest was deleted and the following substituted:  “White markings on chest and feet are allowed. Mantle Danes are awarded prizes along with the black colour-family”. The 1954 description was entitled “Black-and-white spotted Danes (Harlequins” and after “eyes of different colours are permitted but not desired” it continues “Danes with white ground colour and large black plates (Plattenhunde) are awarded prizes along with the black colour family, the same as for Mantle-harlequins (Manteltiger), which have black like a mantle over the body and only the legs, neck and tip of the tail are white.” The list of faults then continues as in 1931, but starting with “Blue-grey ticked ground colour” and excluding Mantle harlequins from those who should be debarred from winning. So – enter the Bostons, or what the Brits call Magpies!

As to faults mentioned in the present-day AKC and CKC Standards which some people may think are no longer applicable, such as, perhaps, “rickets” – let’s go way back again. It might be pertinent to point out that in the old 1913 studbook (Vol. IV/V) there was a remarkable up-to-date article on the subject written by one Edwin Ruez, a practicing veterinarian of that time who was well acquainted with bone metabolism, balanced diet, calcium supplementation and cod liver oil, and who suspected that in spite of proper diet there can be a metabolic predisposition to rickets passed on from a rickety bitch to her pups, and he describes the crippling results in detail. They sound remarkably like bone diseases we now hear of bearing other jawbreaking names. Fritz Kirschbaum (who had been involved with Danes all his long life) also wrote in Vol. II (1901) “One does not use rickety Danes for breeding, because seldom are the results correct as to movement.”

He then adds “Rear dewclaws, also called “wolf-claws”, give every Great Dane a poor, often cow-hocked gait, therefore one avoids the possibility of breeding from such animals. If there are puppies with rear dewclaws in the litter, one immediately trims the unpleasant adjunct by cutting them off, unless the breeder has preferred to put such puppies down”. And in case anyone has never seen or heard of rear dewclaws on a Dane, rest assured they do still exist!

So now we have an opportunity to aerate our roots and do some serious thinking about our Standard. Let’s hope today’s Dane fanciers have been more responsive about the survey of fault lists than the 1904 people were to the reevaluation of the point score!

In closing, I would like to thank Nick and Midge Cassevoy for the loan of their invaluable set of original – edition German studbooks going all the way back to Volume I. This is a treasured legacy bequeathed to them by Nick’s father, John Cassevoy, and passed on  to him years ago by some of the eminent Dane-experts who made up the GDCA’s 1944 Standard Revision Committee, such as the late Charles Kapp and Charles Staiger. Most of the books originally belonged to the late Josef Stehberger of St. Magn-Obertraubling fame, and thus is the heritage of the Great Dane passed down from generation to generation, in trust for the breeders of the future.”

And so (or should I say, “und so”), with the help of my preeminent friend and mentor in all things Dane, the incomparable Jill Evans (Titandanes, Canada), we come to the present day and age. 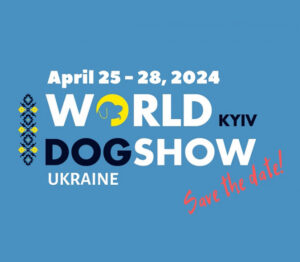